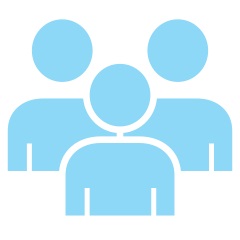 Amazon Mechanical Turk, often referred to as MTurk, is a crowdsourcing marketplace on the world wide web that allows individuals and businesses to utilize so-called "human intelligence" (Ha!) to perform tasks that computers are currently unable to perform. The people or businesses that post these daunting, tedious, often mind-numbing, silly jobs/tasks for poor pay, are called the Requesters. The jobs that the employers/requesters post and/or upload into this particular MTurk crowdsourcing marketplace are called HITs, which stand for Human Intelligence Tasks.
There is no need for me to provide an intro for Google AdSense, as I'm assuming most of y'all are familiar with what it consists of. When it comes to the money that Google's beloved advertising program can bring, only the readers can truly know how it performs for them individually. With that being said, I see no point in making wild assumptions about the average revenue it generally brings to the typical blogger, writer, etc. As for myself, Google AdSense equates to my classic phrase, "typing poppycock for pennies," but that's just me...

What type of work can you do on MTurk? Are there any easy jobs?

There is a large variety of HITs on Amazon Mechanical Turk. The marketplace is clustered with seemingly endless supplies of tasks. As for the second question: Yes. There are loads of easy jobs on there. This is especially good news for the ones that enjoy working for under 1 dollar an hour albeit there are some decent paying HITs on there, as well.
An example of some of the HITs you will have available to you, are: transcribing images, transcribing shopping receipts, transcribing business cards, transcribing audios, searching data details, taking various types of surveys, writing product descriptions, secret shopper tasks, taking part in psychological studies, identifying hidden affiliate URLs, writing comments and forum posts on other websites, writing short articles, and so on and so forth and whatnot. [Too many tasks to list.]
Out of all the HITs I mentioned above, along with many of the jobs I didn't list, so far it seems that the highest paying gigs on Amazon Mechanical Turk is the transcribing of audio files. Yeah, the audio transcriptions pay really well per job, but I'm yet to see that it's really worth the headache and time involved. It would be much more worth the time if the majority of the audio files didn't sound like they were recorded inside a barrel that was submerged underwater or in a noisy atmosphere with static and/or crazed distortions, to say the least! If you would like to read more concerning how people feel about their revenue from the 'transcribing audio files' option on MTurk, visit this guy's comment field, here: http://waxy.org/2008/09/audio_transcription_with_mechanical_turk/
Random tidbits from Wikipedia: "The service was initially invented by Peter Cohen for Amazon's internal use, to find duplicates among its web pages describing products. MTurk was launched publicly on November 2, 2005. Following its launch, the Mechanical Turk user base grew quickly. In early- to mid-November 2005, there were tens of thousands of jobs, all of them uploaded to the system by Amazon itself for some of its internal tasks that required human intelligence. Most of these were related to music CD items. HIT types have expanded to include transcribing, rating, image tagging, surveys, and writing." Read more, here: https://en.wikipedia.org/wiki/Amazon_Mechanical_Turk
As you can see, this particular marketplace from Amazon has exploded since its inception. In poorer countries, making 2 to 3 dollars an hour is decent revenue. However, it might be a bit of a strain to complete numerous asinine tasks online, hour after hour, just to make 2, 3 or even 5 dollars an hour. You will hear of some people making way more than that, but they usually don't deduct the time it takes to find each task nor do they do it full-time. Many times there will only be so many high-paying jobs listed on a daily basis, just saying...

How does Google AdSense Revenue relate to this article?

I'm glad you asked because I'm 70% done with this article and I've hardly even mentioned it. However, since the title of this page is "Amazon Mechanical Turk (MTurk) vs. Google AdSense Revenue," I might need to type the words out a few more times for SEO reasons??? But seriously, talking about the money a person can make from the AdSense program is about as meaningless to this MTurk article as me bickering about all the reasons why the article-submit site known as HubPages, sucks; ha!

Is there any advantageous services I could use to help me make money on MTurk?

Actually, there is. First of all, Amazon Mechanical Turk is not a scam, but there will always be scammers, if that makes any sense to ya. One of the best Browser Ad-Ons for this service is called "Turkoptican." It works great with FireFox and Chrome browsers, and the instructions for this tool can be found here: https://turkopticon.ucsd.edu/
The Turkoptican can show you if the Requesters have had any reported violations, how they rate with payout, promptness, etc. It is a really good tool because it helps prevent you from getting ripped off, rejected, and so on. Speaking of that, you want a high approval rating for your completed HITs, which in turn will increase your availability for higher paying jobs, later on. This is why it is not a bad idea to take a lot of the easier, lower paying tasks at first, until you build up your ratings. From there, you can take qualification tests to open up even more jobs, etc.
Besides that popular browser ad-on, there are other advantageous services you could use. I'm sure there are more ad-ons to use, but there are additional websites, forums and communities out there that involve posting the hottest jobs, the scammer requesters to lookout for, and other tidbits of advice. I'm not going to bother researching for a URL list, but it's easy to find online, if you're interested.

What is the best way to use MTurk?

This is entirely up to you. If you are really desperate for cash and you have a bank account, you may want to power through as many jobs as possible, 8 to 16 hours a day. Wow! If that is the case, more power to you!
I'd say the best way to use the Mechanical Turk for most folks, is to just use it in your spare time - so you can avoid getting burnt out. Even if you don't want to worry with frequent bank transfers, you can use the money you build up on your MTurk account to shop with on Amazon. As you all should be aware, Amazon basically sells a bit of everything, so it wouldn't be hard to find stuff to purchase.
Now, here is where the Google AdSense revenue comparison gets involved. Let's say you own a few blogs/websites and/or have published several low-traffic Hubs on here. Hypothetically, let's say you average between 25 cents and 2 dollars a day with Google AdSense. Well, you could easily make that on MTurk every day just by checking in for 5 to 50 minutes and completing a couple tasks and/or a couple surveys. Hmm... It just depends on how seriously you take your online money, I suppose...