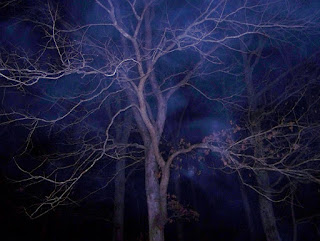 No, not me! LOL! But seriously, I just did a web search using the terms "weird mental problems" and found a whole host of kooky disorders and eccentric syndromes. Yeah, many of them I have never heard of before and some of them were quite disturbing, to say the least. Instead of listing all of the ones I recently read about, I'll provide a few examples below, then drop down some resource links for you to browse, in case you're interested in this wacky subject; ha!

Stendhal Syndrome is a psychosomatic illness that often happens when certain weird people get exposed to large quantities of beautiful art within a short time frame. The symptoms can often include dizziness, rapid heartbeat, confusion and even hallucinations. Wow! Stay away from those art galleries!

Diogenes Syndrome mainly affects older people and it's a behavioral disorder that includes extreme self-neglect, reclusive ways, and compulsive hoarding - animals included - going by what I've read. I probably shouldn't have listed this for an example, since it seems somewhat common when compared to other weird mental problems.

Cotard’s Syndrome makes a sufferer believe that he or she is rotting, dead, no longer here in the real world or that their organs are no longer receiving blood flow. Some of these freaks may also have a false belief of immortality.

Synesthesia is a neurologically-based phenomenon that I've read about a few days ago, actually. It is where one sense gets confused with another, like they can see sounds and taste shapes, smell philosophy, etc. Hey, maybe that is what they mean when they say your religion stinks; ha!

Capgras Delusion is suppose to be fairly common in patients who suffer from the not-so-common Schizophrenia. It is a rare disorder in which a person becomes determined that a family member, for example, has been replaced by an identical looking impostor. Dang, talk about a conspiracy!

Those were just a few samples, as there are many, many more... Below, I'll provide some links to further your reading, that is, if you are really that bored. LOL!

Image Credit: My own photo of a crazy-looking tree.