NDEs are a Quantum Process from the 5th Dimension? 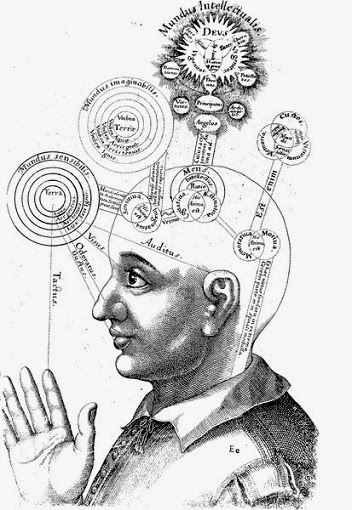 NDEs are one of the few popular subjects that I have never studied before - nor followed or delved into - because I thought it was all an integral part of what we often call a universe or a cosmos. Near-death-experiences (NDEs) and the stories that spawn from such so-called events, are one of those things that could easily be the substrate for all types of lunacies in the profitable media of today's world, all the way down to intense quantum studies and spiritual awakenings.

Many people today still only believe in a 3D (3-dimensional) reality, but once you install the fact that nothing can exist without time, most folks are fairly comfortable with a 4D existence. Of course, I don't subscribe to a unified theory that claims to have 11 or 12 or 25 dimensions (or however many they have now) that were dreamed up on a mathematical paper of some sort with imaginary numbers and math~magics, but I have always imagined a 5th dimension, which is one for universal consciousness. In fact, I couldn't "imagine" without it!

They can spare me the theories of proto-consciousness that stems from the REM sleep that even occurs before birth, as it's really like going back over the alphabet again and/or re-taking Kindergarten class. Quantum Mechanics is often labelled as a religion by the classical physics fanatics, and deservingly so. They try to piece together the fabric of our existence in such a holy way, that not believing in a divine source would almost seem contradictory to that particular science itself.

However, we all have physical proof of the 3 dimensions, such as up, down, back and forth, and side-to-side (height, length, width), and we know that time is required for our existence, but the consciousness can never be proven to have a physical area/space that it truly exists in, other than saying "hey, it's in your head, dear zombie." LOL! But seriously, you can't see time as you can a 3D object, yet it exists in what we will call a 4th dimension. Consciousness can reach far and wide, can exist inside and out, and has a home, too, which is what I like to refer to as the 5th dimension. Yes, the mind is like a universe in itself.

So even without all the chatter about NDEs, dark energy, dark matter, quantum foam, souls, out-of-body experiences, lucid dreaming, REM sleep, spirituality, consciousness, or any of that jazz, I'm totally fine with this 5th dimension as I couldn't imagine existence without it. The moral of the story is: Living in 3D looks cool on TV while viewing from a 4D reality, but whether you like it or not, we are all consumed by a 5D actuality that is all about the experience. Like divine tentacles feeling its way through the unknown or viewing the world inside-out or perpetual data packets getting sent to a unified quantum computer in a cosmic fashion, the cosmos is one strange place; cheers! Ha-ha!

---End of Post "NDEs are a Quantum Process from the 5th Dimension?"
Posted by Obscurely Diverse at 1:25 PM