Do you believe in the 'full moon' effect? 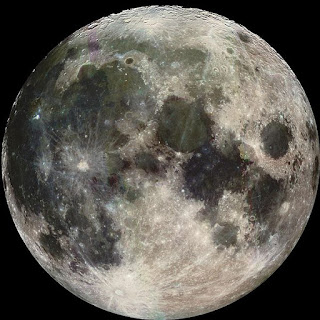 More commonly known as the "lunar effect," many people swear to it, that such things exist. The scientific community begs to differ, and blames all of this on pseudoscience and poorly informed full moon enthusiasts. This is particularly hard to rule out, in my opinion, especially since many police officers and emergency room workers have often noted an obvious increase in activity within their job tasks during this lunar madness. Personally, I believe that this type of effect does exist. In fact, there are certain creatures on Earth that prefer to mate during a full moon, for example. A full moon does seem to elevate the positive ions in the air, going by scientific data I have read in the past. However, it is well established that negative ions have a positive impact on your mood, so what's the deal? Is that the reason for the madness?

I actually think the lunar effect doesn't have to primarily result in enhanced crime rates and/or crazed bouts of drunkenness, as psychological reasons and just the idea of the sun reflecting from a full moon that creates a romantic setting or an open invitation for late-night fun, is enough for me. There is just something about it that gives me extra energy and, unlike common scientists, I can't say that this belief is a pseudoscientific theory. Then again, science doesn't really like studying 'feelings'...as they generally look at us as just a bag of chemicals firing neurons and brain synapses like a crazed talking robot on the loose. Anyway, what do you think?