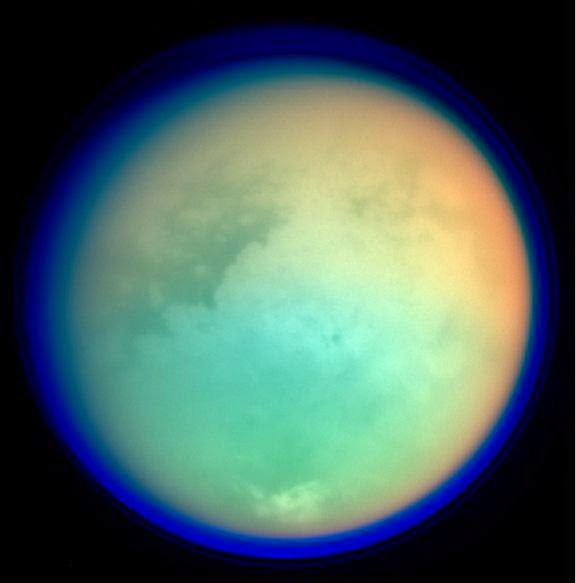 I started to go with the title "Who cares if there is microbial life on Titan?," but I didn't want to sound too negative; ha! Anyway, Titan is the largest of Saturn's many moons. What makes Titan unique, is that it is the only moon in our Solar System that has an atmosphere. It is not a good place for life as we know it, since the surface temperature is known to only warm up to -290 degrees Fahrenheit! Dang, I thought zero degrees was cold here on Earth... Yikes!

So what is all the hoopla and ballyhoo about? Well, Titan's atmosphere is rich in some chemicals that are part of the equation that formulates life on Earth, but that isn't saying a whole hell of a lot. They say that this particular moon has the materials needed for the formation of living cells, yet the debate still rages on whether or not Titan could support life. That is where I lose interest, as wondering if some tiny speck on some distant moon or planet could possibly have a few batches of bacteria running loose or a small gathering of microbial life beneath the surface, doesn't interest me in the slightest. Who cares, right?

Other moons that have been mulled over, when concerning the possibility of microbial life via geothermal means, underground lakes, etc., are a couple of Jupiter's moons called Europa and Io. Anyway, unless they spot a couple space monkeys or some weird creatures running around, I couldn't care less! LOL!