Baseball Trivia: What is the fewest pitches thrown by a pitcher during a Complete Game? 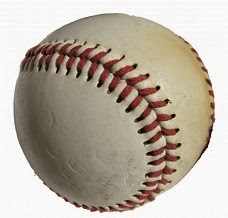 This is an interesting trivia question that came up tonight at my house, after temporarily contemplating the pathetic state the "complete game" stat has withered down to in today's coddled & pampered pitch-count Era. If you're more interested in that subject, go here: http://random-twaddle.blogspot.com/2015/03/the-pitch-count-in-ml-baseball-is-for.html

Anyway, if you're a pitcher that does complete a 9-inning game of Major League Baseball and, say, throw 3 strikes in a row every single time a batter comes to the plate and/or strikes everybody out, that would automatically equate to a minimum of 81 pitches during the entire game! But who does that without throwing a single ball/non-strike pitch? Now, if you'd rather read about how you can strike out on one pitch, go here: http://random-twaddle.blogspot.com/2015/03/minor-league-player-strikes-out-on-one.html

At any rate, the record holder for the least amount of pitches thrown during a complete 9-inning game is Charley "Red" Barrett (back in 1944), in which he only threw 58 pitches! Even more funny, is that he had zero strikeouts! Yep, it's like so much more efficient when they ground or fly-out on the first pitch, eh? Regardless of how he achieved such a feat, you can rest assured it will never happen again in Major League Baseball. Read all the fine details about this nifty little record, here: www.baseball-almanac.com/boxscore/08101944.shtml

Image Credit: It is in the public domain and is not under copyright protection.

---End of Post "Baseball Trivia: What is the fewest pitches thrown by a pitcher during a Complete Game?"
Posted by Obscurely Diverse at 9:35 AM