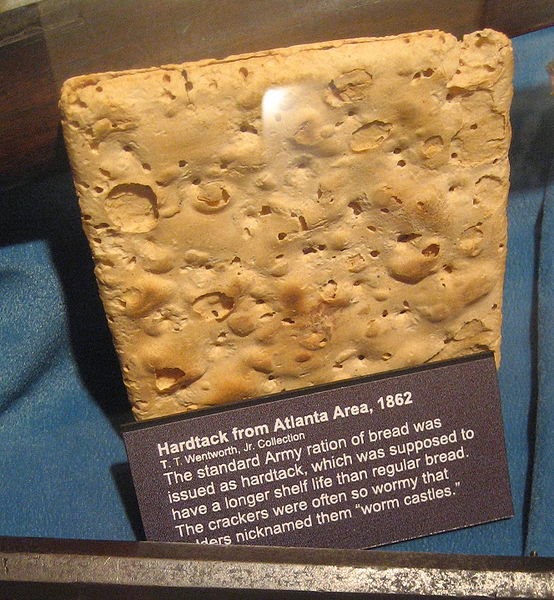 Last night I was about to cook supper, but after looking at some of the food still left in the fridge, I decided against it. Then, I made a few remarks about how we could just do like the wild west days and go heat a pot of beans over a fire and maybe chew on some old jerky meat and a dried chunk of bread instead; ha-ha! Then, I said: "Or, we can just survive through the night by eating hardtacks, like the ancient sailors used to do." Ha! I wasn't thinking when I said that because when you say "hardtack," a lot of people may not know what you mean nowadays.

...Going back several hundred years, hardtacks were commonly used for long sea voyages and military campaigns. It wasn't perishable like most foods and it was basically a super-hard cracker. Some of the alternative names for the hardtack: sea biscuit, pilot bread, ship's biscuit, cabin bread, molar breakers, and tooth dullers. LOL!

At any rate, I decided to warm up some hot wings to go with the leftovers last night, but obviously things could have been much worse if all we had were hardtacks to chomp on. If you'd rather read about the history and the modern use of the hardtack, go here: en.wikipedia.org/wiki/Hardtack