Alien Implants without the Microchips 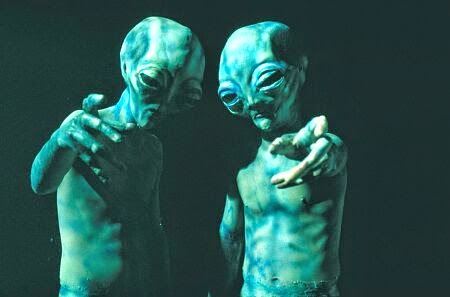 Yeah, this sucks. I was hoping to find all of my answers online tonight, but I was disappointed with this thing y'all call the World Wide Web. Well, it must not be too "wide" because it seems that they don't keep any records online or have any accessible data files that shows how many humanoids around here that have been installed with the experimental alien microchip that suppose to enhance the cognitive function 5 fold or maybe even 10 times. Good grief, this spaceship I'm on doesn't have all of the information either, like our mothership would, but that's another story.

At any "E.T. Phone Home" rate, I did find another supplemental subject that was somewhat related, which was about alien implants. Hey, that is nowhere near the quality of the alien microchips I was originally talking about, but we'll just go with that one tonight. These tracking devices do way more than track your coordinates, as they are primarily there to monitor certain bodily functions (including the subconscious mind) during brief moments of excitability (that triggers such relays) and they are made of what you'd call extraterrestrial alloys and whatnot. In fact, some of the ones that have been removed from certain bi-peds here, have been tested before from other humans at a world-class laboratory. They reported back that they were made of a rare material that has only been discovered from a few rare meteorites and another one that had unknown elements that were not available on Earth. LOL! Gee, ya think?

Hey, maybe they got hit in the neck with a speck of a meteorite and mistaken it for an alien implant? No, not so fast... The last video I seen, they pulled a triangular-shaped alien implant out of the person's neck. Yeah, it all looked real to me, but so does a lot of things involving conspiracy and controversy; ha! But I'm not allowed to speak matter-of-factly, so let's move on. Anyway, if you are interested in this subject, watch the last video on this page that was entitled "Alien Implant Removal Surgery," found here: alien-ufo-research.com/alien-implants/

Do I think that alien implants are possible? Uh, duh! Actually, alien implants are fairly primitive, which is why I was more curious about the alien microchips that alter humanoid cognitive function. Let's be real... Even the Homo sapiens tag certain creatures for tracking purposes and, really, they tag their own people any chance they get. The alien implants are not even that interesting, unless you are one of those that don't believe in extraterrestrial lifeforms.