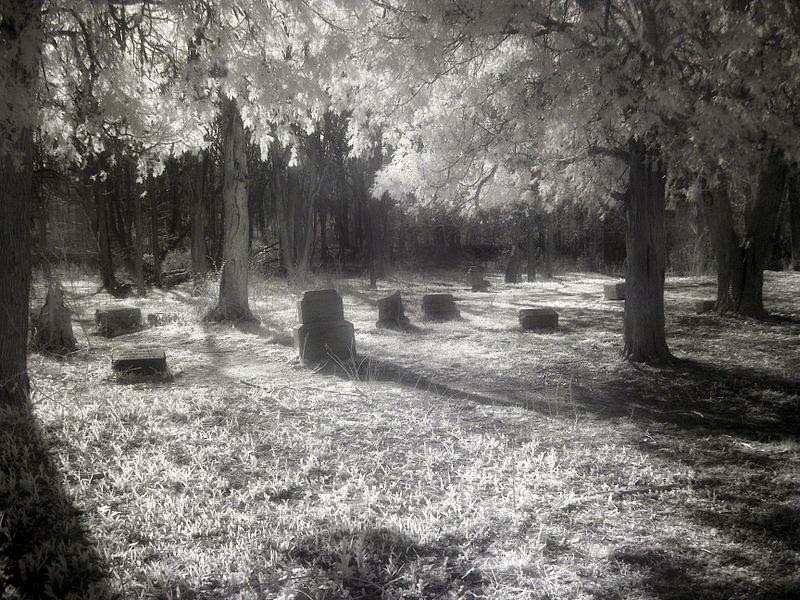 It is that time of year where everything haunted or ghoulish seems to fit right into place. Haunted houses, plantations, or the not-so-common spooky caves, you name it, and we have most likely heard about it all before. One of the other nefarious sites for this woo-woo genre, is wicked cemeteries. I was just doing a quick web search on this a few minutes ago and was trying to find out what the most haunted cemetery was. I did not find a definite answer, but Bachelor's Grove Cemetery was the one I kept running across on multiple lists.

Bachelor's Grove Cemetery has had loads of eerie sightings and the reports peaked in the 1970s and '80s. The haunted phenomenon ranges from orbs and ghost figures to phantom vehicles. I've even read about some ghostly house/farmhouse that supposedly appears and then sort of hovers around then disappears when you get closer. The farmhouse illusion is generally reported in a different spot each time. On some "top 10 most haunted cemeteries" website, I also read about multiple figures emerging throughout the cemetery dressed in monk-style robes. The last one I heard about involved some female ghost setting on a tombstone while wearing an outdated dress. In the '90s witnesses also reported seeing a black dog at the cemetery's entrance, but like the floating house and all the other stuff, it disappeared once they got closer.

One cool thing about Bachelor's Grove Cemetery, is that people claim to see this spooky stuff not only at night, but also during the day. Researchers have also reported electronic voice phenomenon in the area. Some ghost experts state that this is really the place to go, if you want to see a real-life ghost or fake-real ghost or however I'm suppose to say it; ha! The cemetery is no longer in use, is abandoned, and located in section 8 of Bremen Township, Cook County, Illinois.