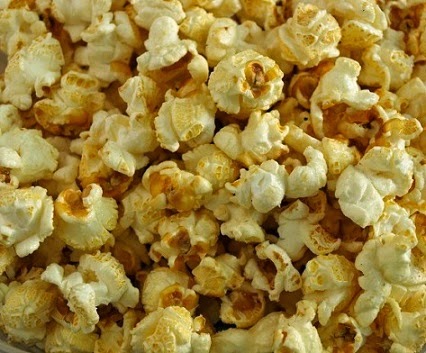 This query was intended to have an easy answer, you know, like the Native American Indians, but apparently there are a lot of myths involved when concerning who first discovered popcorn. Most sources on the Internet will say that the variety of corn that is known for its popcorn properties (obviously, not all corn pops) originated in Mexico where it was cultivated by the Native Americans. However, Wikipedia states: "The legend that English settlers, who came to America in the 16th and 17th centuries, learned about popcorn from American Indians has been proven to be a myth." They say that there is no proof that the American Indians were the first to discover it and that evidence of popcorn from 3600 B.C. was found in New Mexico, but even older (4700 B.C.) evidence was found in Peru. You can read more about that, here: en.wikipedia.org/wiki/Popcorn

Here is another related link: www.whodiscoveredit.com/who-discovered-popcorn.html

Anyway, I don't really know, but it seems to me that whoever enjoyed eating a wide variety of corn probably first discovered popcorn by simply cooking it over a fire. I can see it now... A bunch of people gathered over a campfire roasting some new variety of corn they found growing wild, and all of a sudden . . . Pop! Then, a few more pops happen and it is now raining popcorn all around the campfire. Then, three brave souls go over and boldly eat this amazing fluffy creation for the first time. "Yum-yum," says the first discoverer of this ancient snack. "Popping corn from the heavens," says the 2nd person. The 3rd person says "corn pops?" while sounding like a confused jackass during his initial examination of the popped product. Then the crowd stands back and declares that it shall be called "popcorn" as they all rush in like madmen to devour the remaining bits of popcorn. LOL!

---End of Post "Who first discovered popcorn?"
Posted by Obscurely Diverse at 6:10 PM