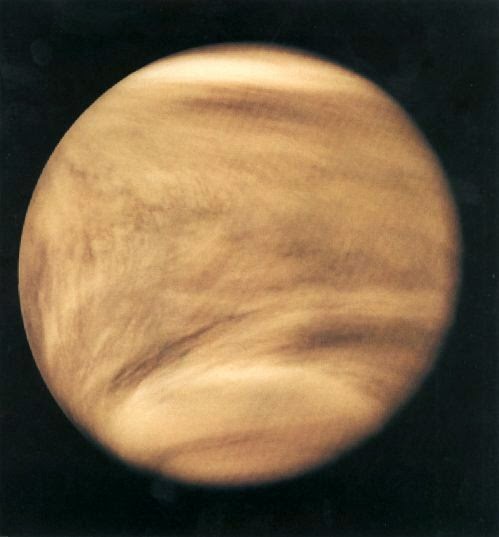 Even though it is the 2nd planet from the Sun, it is the hottest planet in our Solar System, reaching temps of up to 900 degrees Fahrenheit! If you were on the surface, you couldn't even see the sun due to that crazy, extremely thick atmosphere. If you were holding a book in your hand, it would catch on fire... If you'd like a quintessential version of the "greenhouse effect," planet Venus would be your woman. Ha! I placed a gender on it because of the old adage: "Women are from Venus; men are from Mars."

Anyway, this place will provide you with a nice drizzle of sulfuric acid and lots of muggy air filled with carbon dioxide. Does this sound like a cool place to visit? No, I didn't think so. To top it off, it is extremely violent and turbulent with lots of lightning strikes and loud thunder, sort of like how some women get while on their period; ha! Anyway, it is no vacation spot nor would it be a good place to take a shore leave if you were on a Star Trek episode and needed a break.