How Greenland got its Name 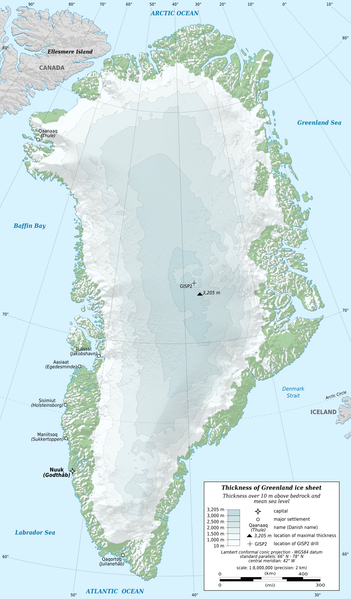 I was reading a post a few days ago that was talking about this. They were like, "How did Greenland get its name? It should have been called Iceland instead." Ha-ha! Yeah, it does seem odd that it was called Greenland, but those Vikings were not very good at naming things, evidently. They once called a colony they established around Canada during the year 1000 or thereabouts, "Vinland" even though it was not a good place to grow grapes, for example. Sure, the weather was different then, but let's move forward.

There are several myths and ideas for how Greenland got its name, but the most common one I'm aware of is the one I'm about to quickly tell you. Some folks think it was out of mere propaganda. Eric the Red was a Viking with a bad reputation. He was a criminal of some sorts and a lot of folks didn't like him, to say the least. At the time, the area known today as Greenland, was fairly rich in game, fish, etc. It was definitely a warmer period for this region in the year 982 or whenever the hell it was. Hoping to attract more settlers, he named it Greenland. After a couple hundred years pass, the damn area grew colder and colder and the glaciers spread like wildfire! Okay, wildfire is a bad choice of wording, but I'm leaving it anyway; ha!

Now look at the place! It is anything but green and it is basically a frozen island. It is funny how that worked out, eh?

---End of Post "How Greenland got its Name"
Posted by Obscurely Diverse at 4:53 PM