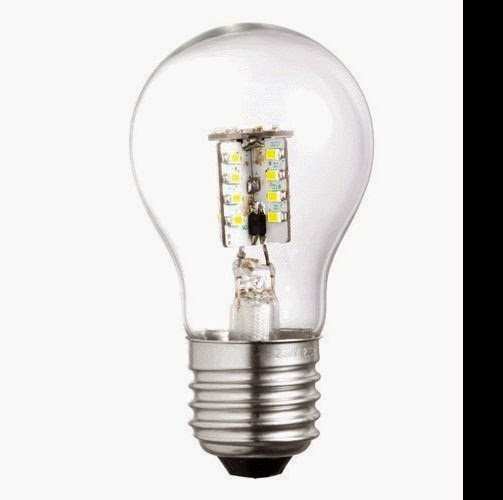 This tech-related subject has been nothing but boisterous chatter over the last few years in the U.S. Some parts of the world have already banned incandescent light bulbs and others have had partial bans. Of course, some primitive areas are still using even cruder methods for lighting, but that is not what this short post is about. I'm the oddball here, evidently, because I still like the fluorescent light technology that has been around for many decades. I really liked it when they started making those swirly fluorescent bulbs several years ago, but many folks didn't feel the same way.

People mainly complain about fluorescent lights because they don't work very well in extreme cold temperatures, they are not generally made for dimmer switches, and they contain mercury, etc. I've never made a habit of breaking mine and the inside of my home is not normally below freezing, so I haven't had any problems with mine. On the other hand, you have the hardcore incandescent light bulb enthusiasts. I have literally seen people hoarding these when they first thought they were going to be banned in the U.S. Well, that ban was lifted and/or delayed a while back, but the time for the end of incandescent lights is approaching.

LED technology seems to be the direction we are heading towards. They are expensive, but save loads of electricity and are much better for the planet. I didn't like the original models nor did I like the type of light they emitted, but things are slowly improving, going by what I read the other day.